1. Finding a signal to be analysed¶

To catch signals from Eutelsat 21B, the dish antenna has to aim at it. The Dishpointer Website allows adjusting the elevation and the azimuth of the antenna to aim at the desired satellite, given the antenna’s location on Earth. Then, it is possible to aim at Eutelsat 21B. To check that signals are actually received, a spectrum analyser is used to display the frequency spectrum at the output of the antenna. When signals are received, the different channels transmitted by the targeted satellite can be distinguished from each other as shown on the below figure. 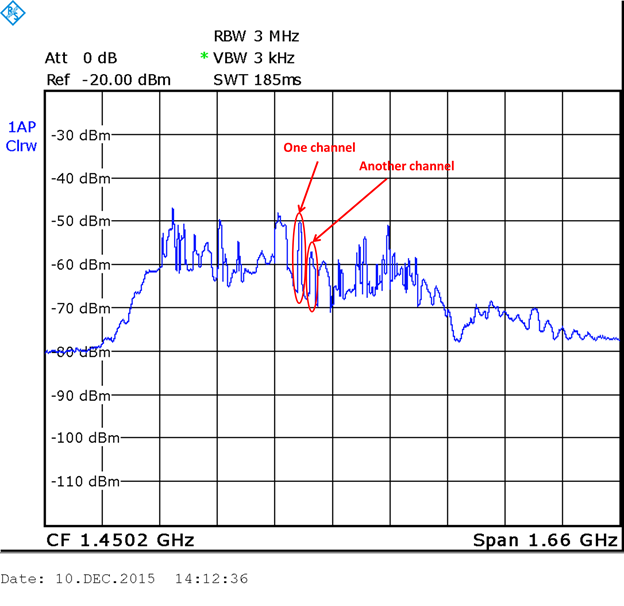 Important remark: the azimuth displayed on the antenna controller does not match the one of the dishpointer. There is a shift that changes every time the antenna is deployed. To correct that shift, a TV decoder is used as soon as a strong signal is displayed on the spectrum analyser. From the different TV channels that are decoded, it is possible to identify the satellite which is currently targeted. By comparing the values of the azimuth on the antenna controller and the dishpointer, the shift of the azimuth is known and can be compensated regarding the azimuth given by dishpointer of the satellite to be aimed at.

Once the antenna aims at Eutelsat 21B, a channel of the satellite can be chosen for further analysis. Here are listed all the channels of Eutelsat 21B. Let’s have a closer look at the channel which centre frequency is at 11,61 GHz. As the LNB embedded on the antenna is set to work at the low-frequency band to catch most of the transmitted channels of Eutelsat 21B, the centre frequency of the chosen channel will be displayed at 11,61-10 = 1,61 GHz as shown on the following figure. 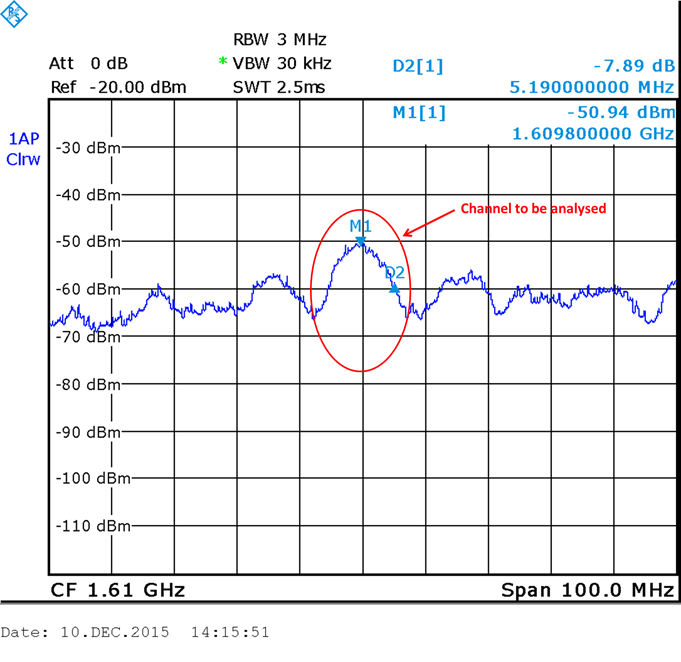