PART 1 : An introduction to Navigation.¶

Before anything else, it is necessary to tackle the origin of navigation and its applications, the creation of the current GNSS with a comparison of different systems and finally, describing the main principles of GPS.

Navigation is defined as a field of study that focuses on the process of monitoring and controlling the movement of a craft or vehicle from one place to another. The field of navigation includes four general categories: land navigation, marine navigation, aeronautic navigation, and space navigation.
A brief evolution of Navigation through history is suggested in the following. 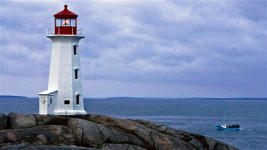 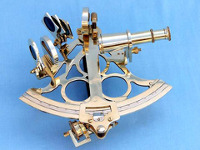 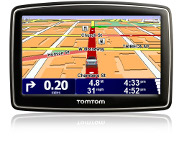 Seamark and landmark references [Figure 1.1] where among the first entities to help to find a direction. However, this system works with a limited range, a limited accuracy, a low availability of marks.
Note that stars has been used for centuries, but are only available during night and clear sky.

b- Navigation with classic instruments.¶

Then, come the Magnetic compass [Figure 1.2], the Sextant [Figure 1.3] as navigation tools.
The last one allows the measurement of the height of stars above the horizon providing longitude inaccurately i.e. it was the first use of ephemeris and time reference.
Improvements has been done by combining it with Harrison's clock (Chronometer) [Figure 1.4] providing latitude and longitude with acceptable accuracy.

- Sputnik in 1957 : first satellite in the world, orbit estimated using the received signal frequency via Doppler effect.
- TRANSIT from 1958 operational in 1964 : first satellite navigation system for the US Navy.
- GPS program started at 1973 providing position anywhere at anytime.

Global Navigation Satellite System (GNSS) is defined as a system of satellites that provide autonomous spatial positioning on Earth with global coverage.
It allows small electronic receivers to determine their location (longitude/latitude/altitude) to high precision (within a few meters) using time signals transmitted along a line of sight by radio from satellites.
Global coverage for each system is generally achieved by a satellite constellation of 20–30 medium Earth orbit (MEO) satellites spread between several orbital planes. The actual systems vary, but use orbital inclinations of >50° and orbital periods of roughly 12 hours.

Various global satellite navigation systems has been developped in different countries and while some of them are currently used, others are in preparation. The following array sums up these systems and underlines their differences : An illustration of their orbits in terms of altitude and revolution period is proposed : The official GPS website [5] describes the evolution of the space segment by improving the satellites' capabilities : 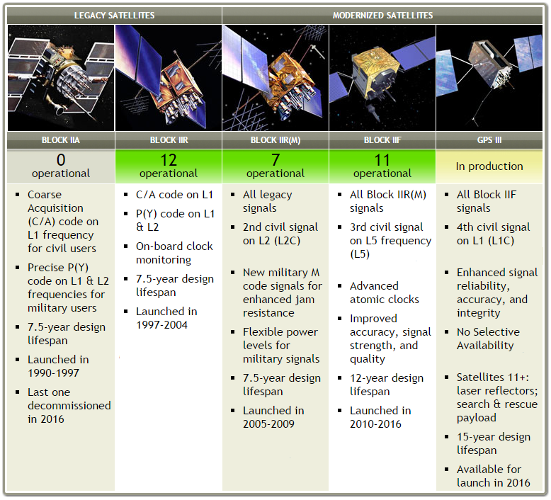 Figure 1.8 : Evolution of the GPS satellites with their characteristics through time

Here is an animation depicting the GPS constellation with the number of available satellites through time :

As a simple model, the GPS signal can be decompose in navigation data D(t) spread via code C(t) and modulated on a carrier frequency f(t) :

The basic concept of localization relies on the measurement of 3 distances from 3 different entities (satellites orbiting the Earth). Knowing the positions of these entities, it is possible determine the desired location with a certain accuracy.
Parameters have to be measured :
- Propagation time : Time of transmission - Time of reception
- Distance between satellite and receiver \approx Propagation time x Speed of light

These measurements are depicted on the figure : 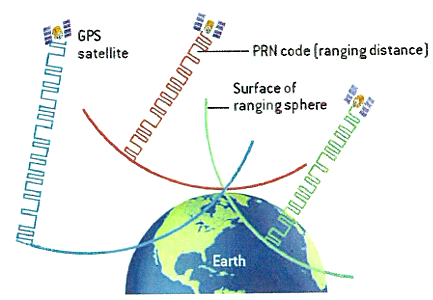 The official GPS website [5] also provides an explicit scheme of how it works under : 29.pdf 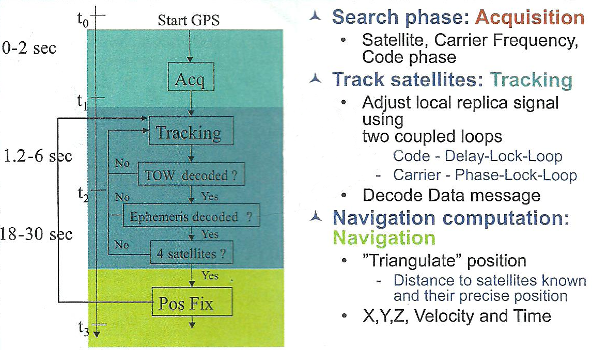 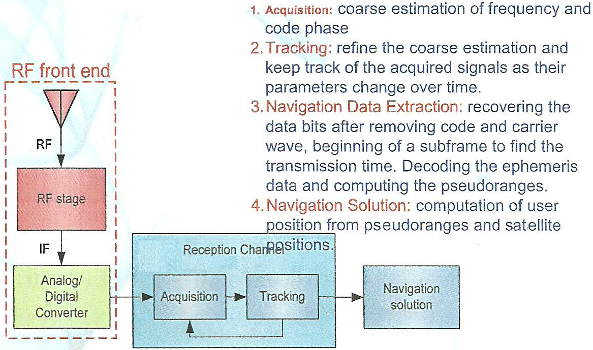 Note that our project will be focused on the first method.