As we have seen in the previous section, the double cross antenna is composed of two crossed pairs of equidistant dipoles spaced a quarter wavelength and offset 30° to the azimuth. Each dipole has a length of half a wavelength. You can see the resulting general antenna appearance below. 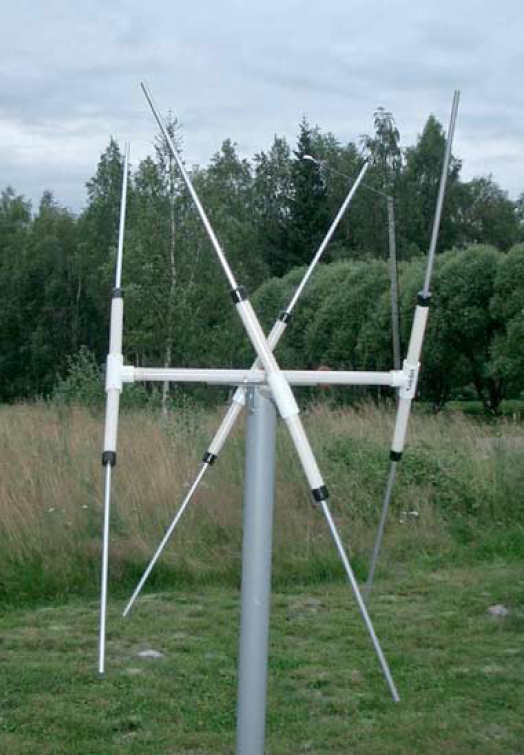 To specify the dimensions, we need to calculate the received wavelength. We calculated it for NOAA 19 (137.1MHz) and NOAA 18 (137.915MHz) to see if there is a noticeable difference on the needed dimension:

As the difference is very small, the antenna can be used for any NOAA satellite.

We can deduce the dipole length and the distance between the dipoles which is respectively half a wavelength and a quarter wavelength:

In compliance with these results we can model our antenna: 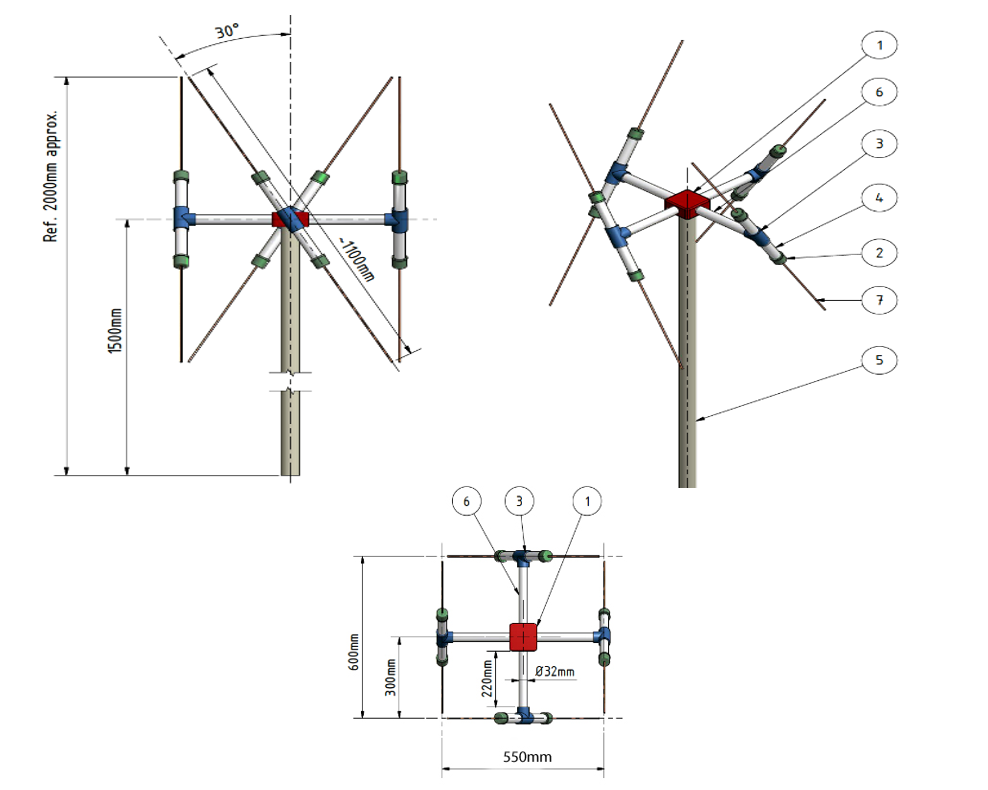 To achieve the right-hand circular polarization, the pairs are fed in phase, but one of the pairs is fed out of phase with respect to the other pair by 90°. In this project, the pair of dipoles North-South is 90° earlier than the pair West-East.
To fed the dipoles we need coaxial cable for each dipole. We assume that we use RG58U (velocity = 0.659) cable which is very common. The type of the cable may change depending on the availability on the market. The two cables plugged at North and South should have the same length and the ones at West and East should be one quarter longer. This results in the phase shift of 90° needed for the polarization.

The screening braids of the North and South dipole are connected, in the same way that the ones of the East and West dipoles. The cores of the North and East dipoles are put together and linked to the mesh of the coaxial cable of the receiver. On the other hand, the cores of the South and West one are linked with the core of coaxial cable of the receiver. All the properties regarding the cables can be summarized on the picture below. 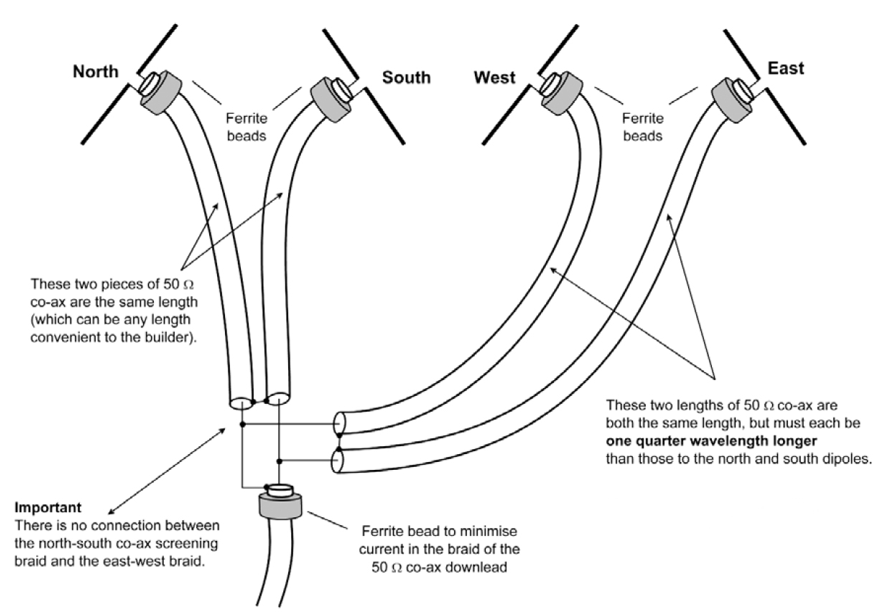 Moreover, we would like to build an antenna that is easily removable as we can't put it on the roof indefinitely. That's why we will try to find a solution in order to be able to remove each dipole from the mast without breaking any part of the antenna.