One could think that for someone studying techniques and technologies employed in satellite systems, the apex would be for students and researchers to develop and launch their own satellites. However, the price and complexity of such projects is a huge wall for many institutions.

In 1999, the California Polytechnic State University and the Stanford University developed a standard for nano-satellites, called Cubesat. Their small dimensions, (one, two or three units of 10x10x11.35 cm3 each) along with their small weight (from 1 to 4kg), allow them to be launched at much lower costs, around 150 000$. Thus, universities and student can develop and launch their own satellite into space. Since 2000, 417 Cubesats have been launched (Cubesat-Database, 25/01/2016).

However, preparing and succeeding in such a project is a long and difficult task.Telecom Bretagne, and more particularly, the SatCom lab, has acquired a Cubesat, with a long term plan to launch it. To address and resolve the numerous issues that could arise from such missions, the SatCom lab has devised a strategy of small steps: each generation of students will improve the common knowledge and understanding about Cubesat, through different student project, until the final goal is reached.

Following two other projects aiming to discover and address the first issues of Cubesat, this project aims to develop and implement a small mission, as a proof-of-concept, to add a further step onto the path of a space launch. 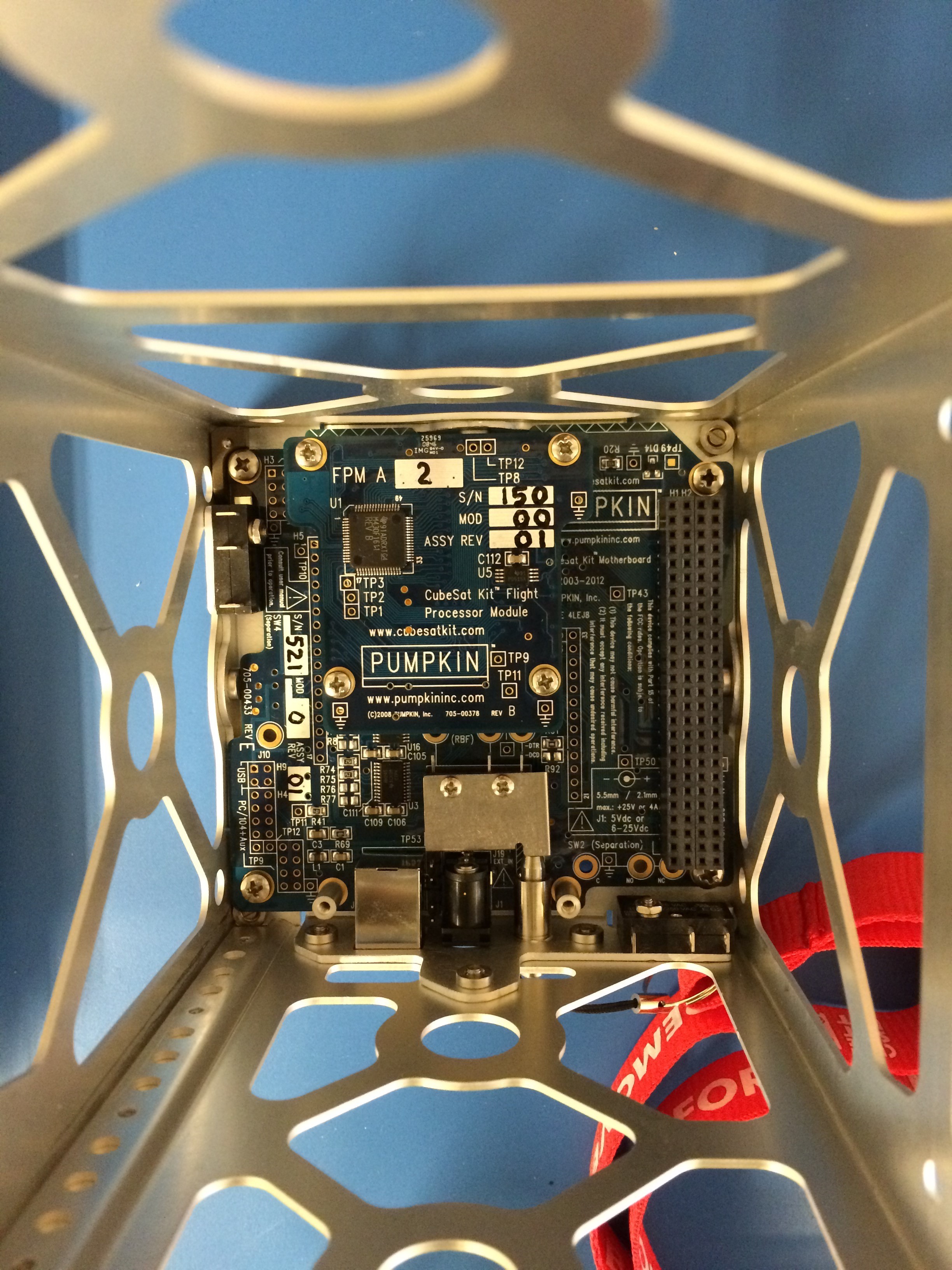