Satellite systems based on the DVB-S standard are forced to adhere to a fixed coding rate and modulation scheme (called MODCOD) among the ones defined in this standard. Therefore, the MODCOD has to be chosen regarding the worst case propagation conditions (rain, fading …) in order to insure the availability, coverage and performance requirements defined by the user. This approach is reliable but not efficient as most of the time the channel conditions could enable MODCOD of higher orders with better spectral efficiency. However, this waste of capacity cannot be easily avoided for broadcasted services as users are usually spread over very large geographical areas with heterogeneous conditions of propagation. 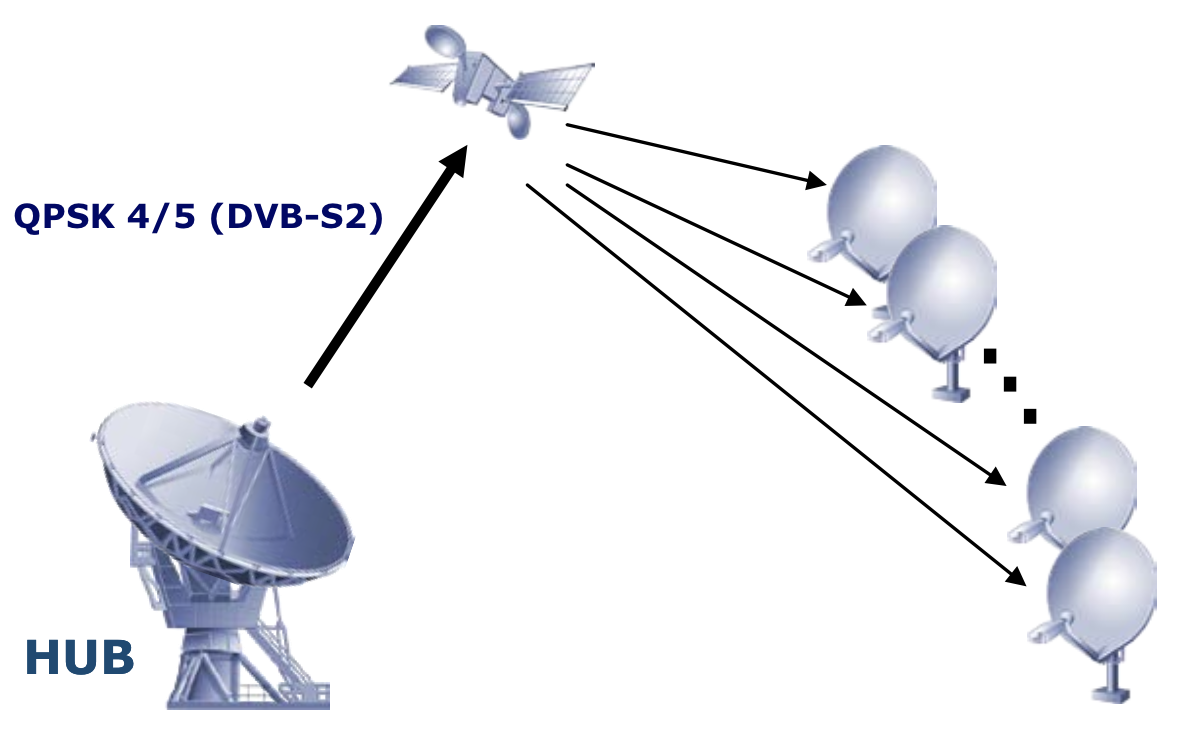 However, the DVB-S2 standard introduced point to point services with the adoption of Adaptive Coding and Modulation (ACM) in order to increase the system capacity.

ACM is a technique which makes possible to select the optimal MODCOD in real time and for each user independently, according to the state of the propagation’s channel. This is based on the existence of a return link reporting to the emitter side the conditions of the channel, that is the Es/N0. 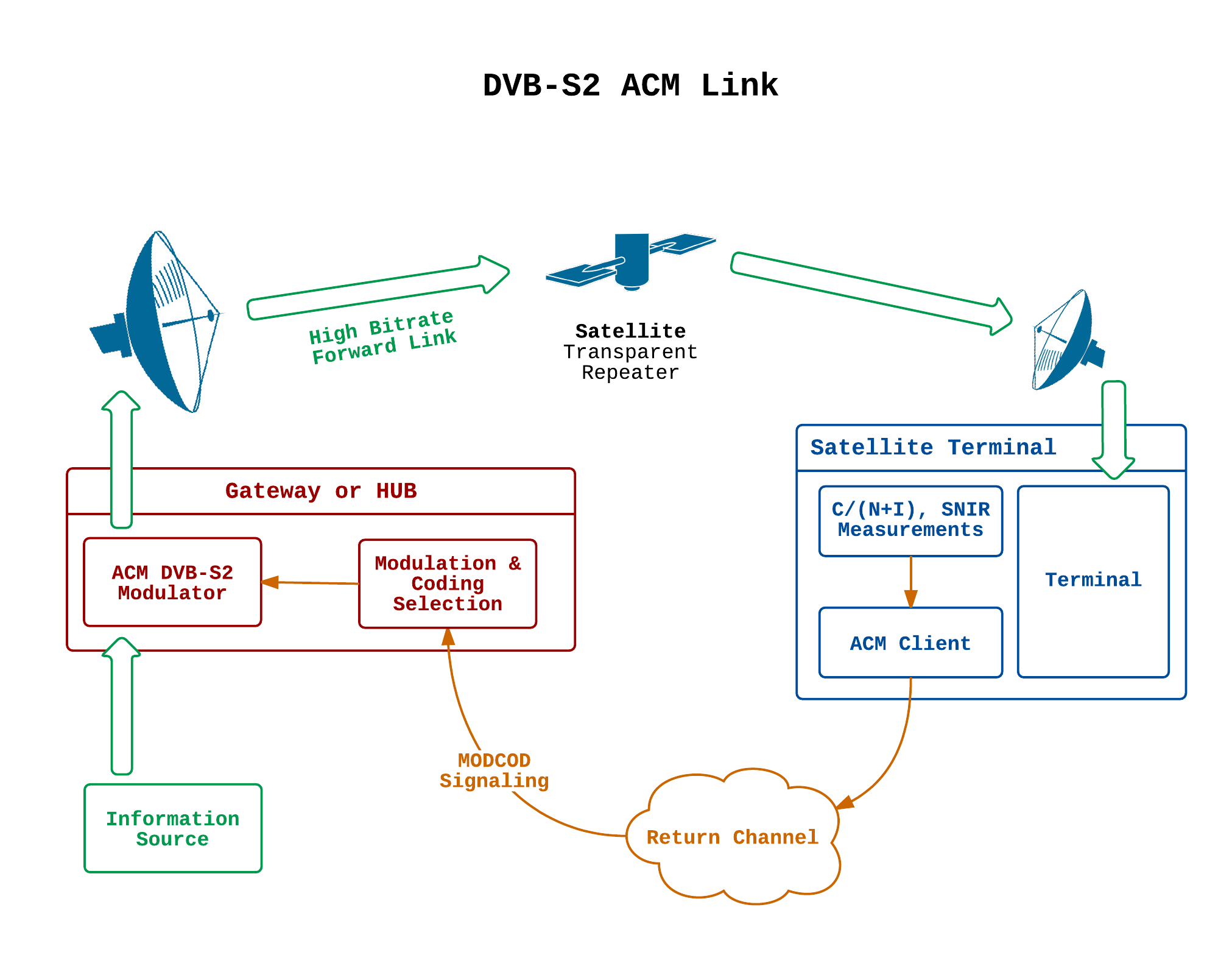 Therefore, by being aware of the time dependency of the channel state, the emitter can adapt frame by frame the MODCOD to match the corresponding Es/N0. Then, a fixed link is avoided and considerable improvements in system capacity are obtained with better utilization of power resources. 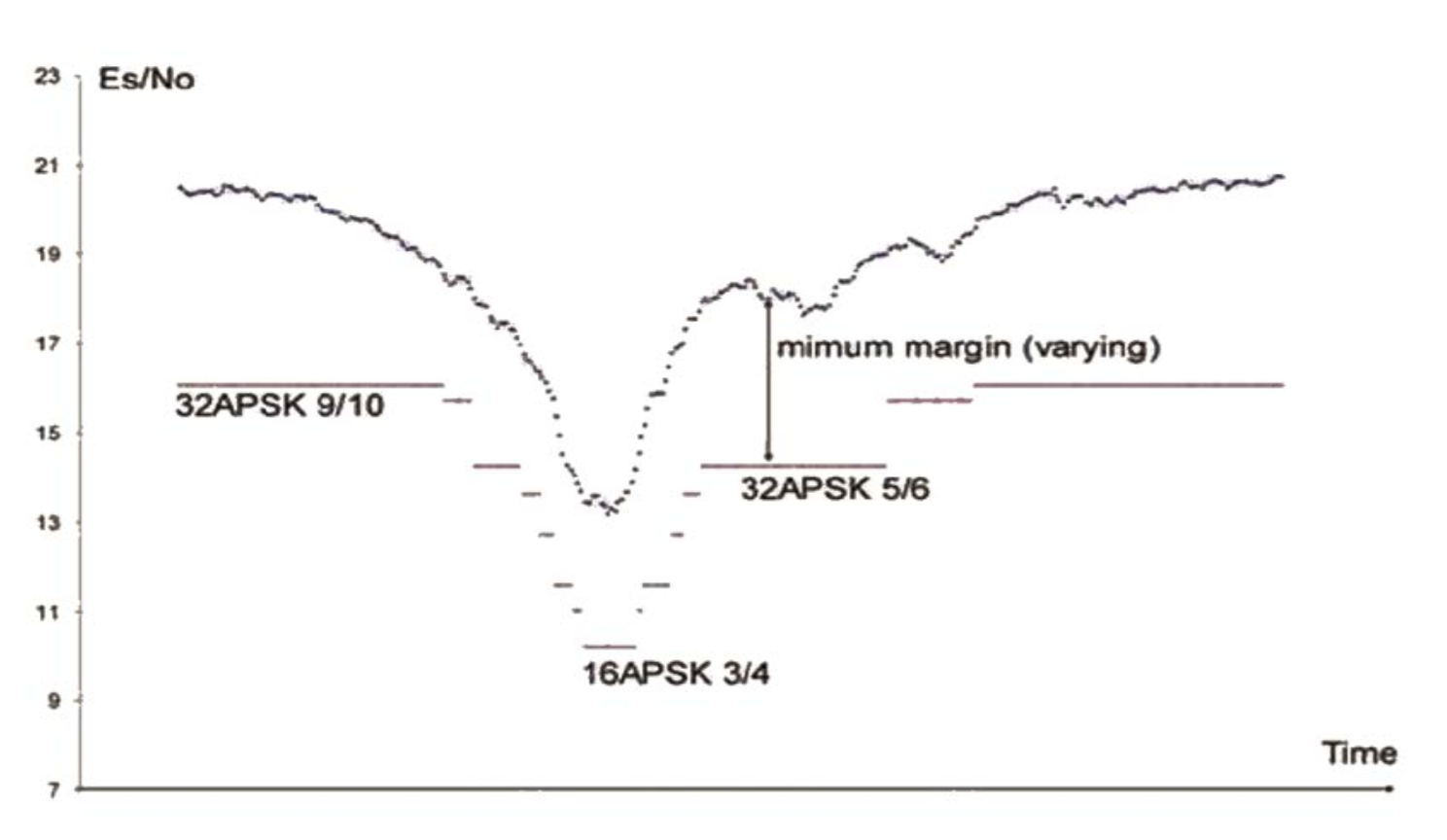 Adaptation of the MODCOD according to the time variations of Es/N0 example.

However, we can notice that ACM adds a lot of complexity to the system:
Loading...