As seen previously, the demodulator reports on the channel conditions (Es/N0 estimates) and the HUB subsequently selects the optimal MODCOD based on it. However, the choice of MODCOD is not only based upon comparison of the Es/N0 values with the thresholds for acceptable error rate performances in DVB-S2. It also takes in to account distortion that may be caused by non linearities such as having a transponder operating near saturation point. This distortion is estimated thanks to the proprietary NoDE (Noise and Distortion estimator) feature implemented in the EL470 modem. Moreover, we add some margin in the link budget for safety. This way, MODCOD is chosen by comparing the estimated Es/N0 with the MODCOD thresholds + distortion + margin, as shown in the figure below: 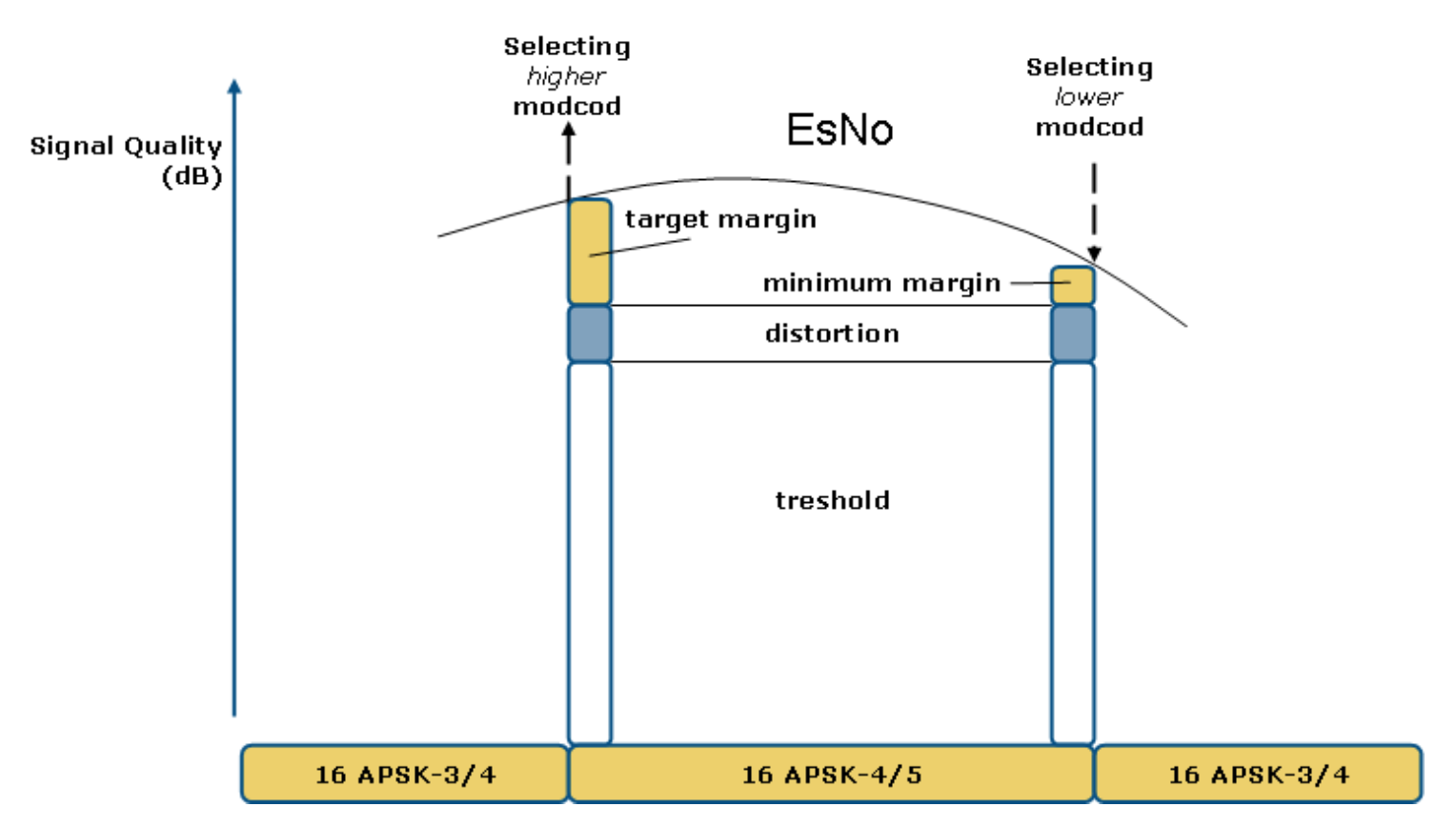 We can notice on this figure that the margin for selecting a higher MODCOD is higher than the one used to select a lower MODCOD. This is advised by the constructor to create hysteresis and avoid fast spurious variations in MODCODs for specific values of Es/N0.

Margins can be set up by the user and the table below shows the different thresholds for different MODCODs:

For the FlexACM communication between the demodulator and the modulator, the implementation depends on the topology of the network. For two-way DVB-S2 transmissions (which is our case), the FlexACM signalling can be transmitted in the DVB-S2 return link, mixed with the IP payload or in a separate DVB-S2 stream. More generally the FlexACM signalling can also be transmitted in any other type of satellite return channel (for example VSAT) or terrestrial link (ADSL, GPRS, etc...).

FlexACM communication through non routable encapsulated IP packets is referred to as in-band RF signalling and is the option we have chosen for our project. The EL470 with its embedded FlexACM controller and client can also perform out-of-band signalling using the IP management interface. However, this is not very attractive for our case. In-band signalling consisting of IP encapsulation is illustrated in the following figures: 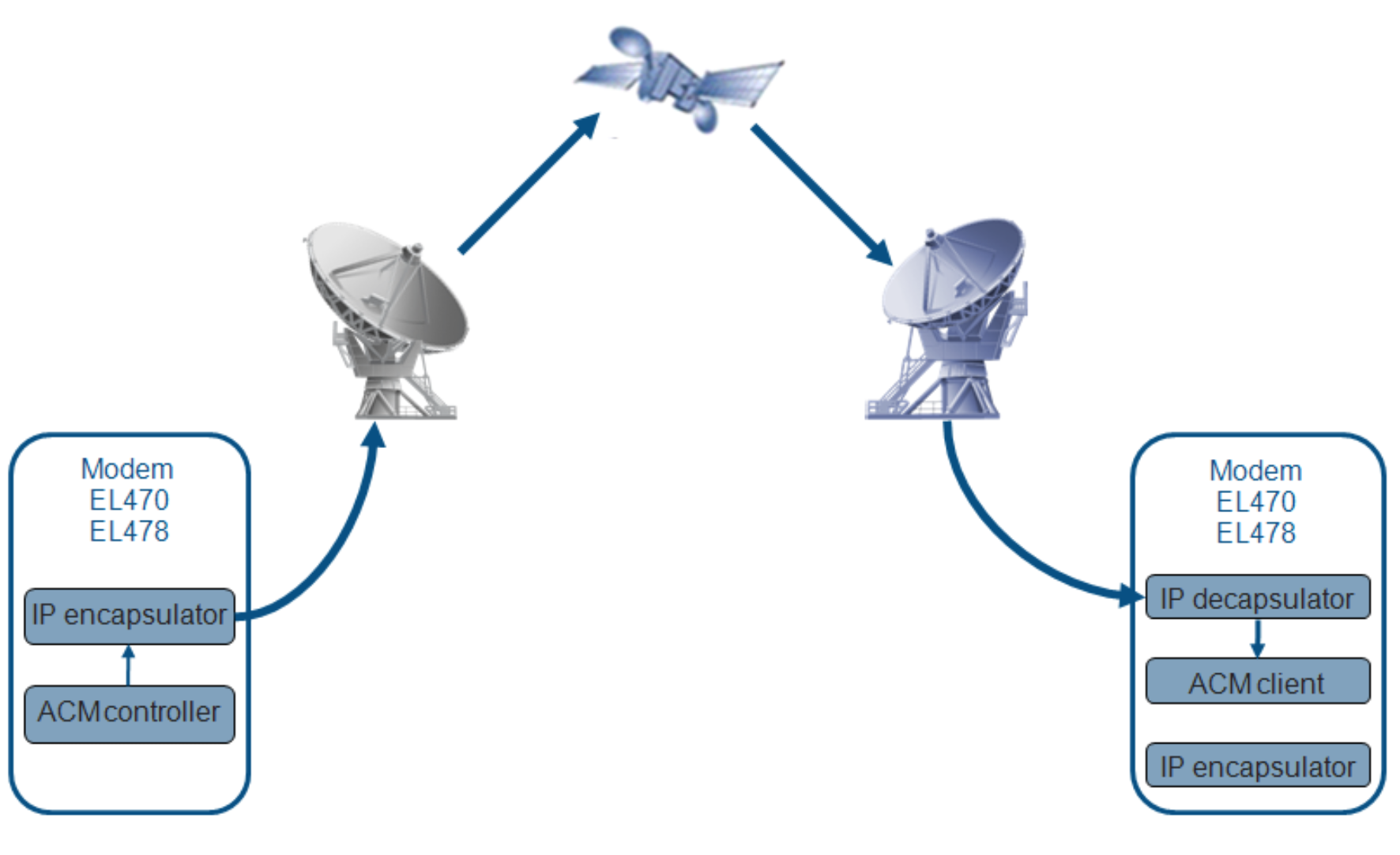 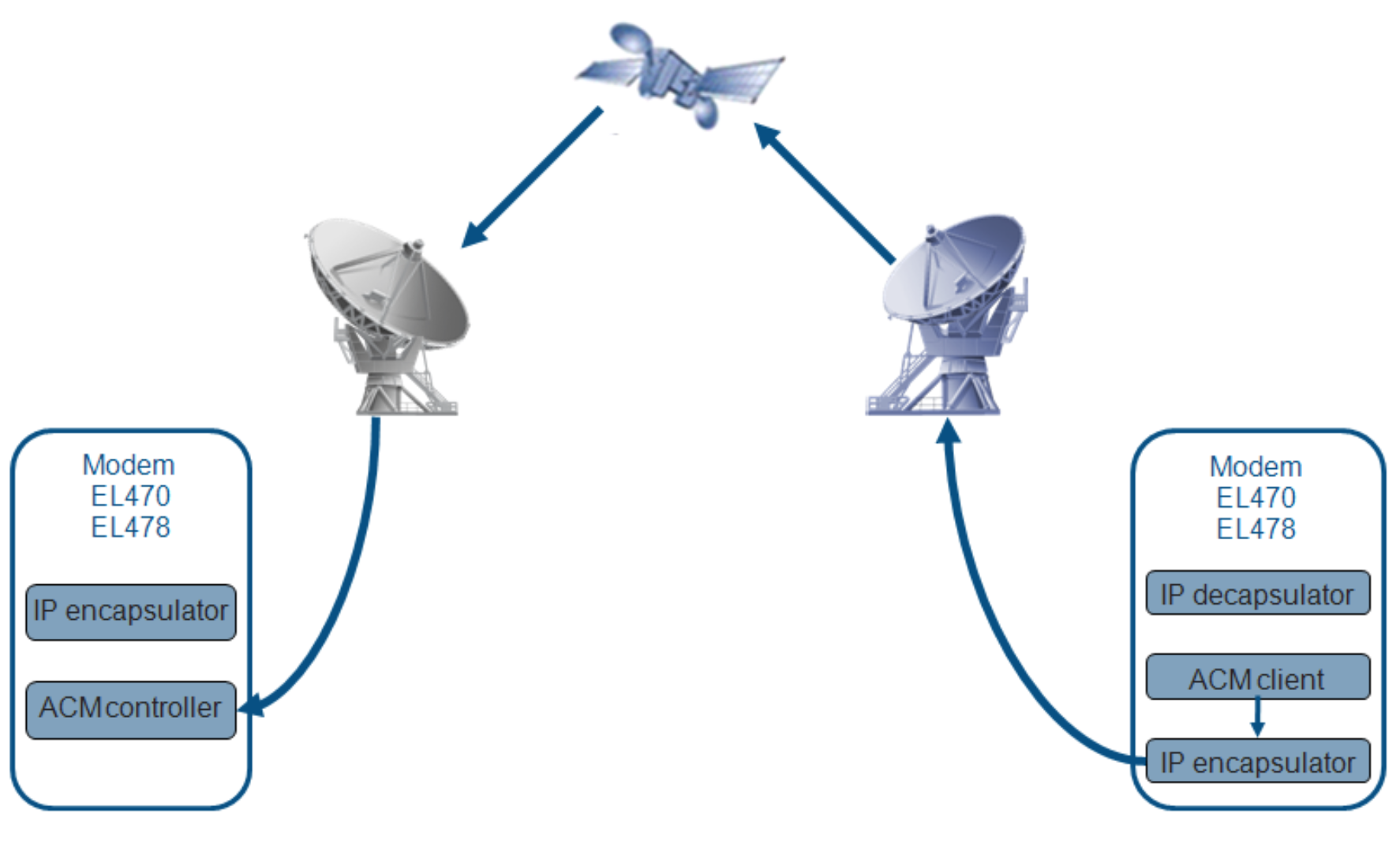