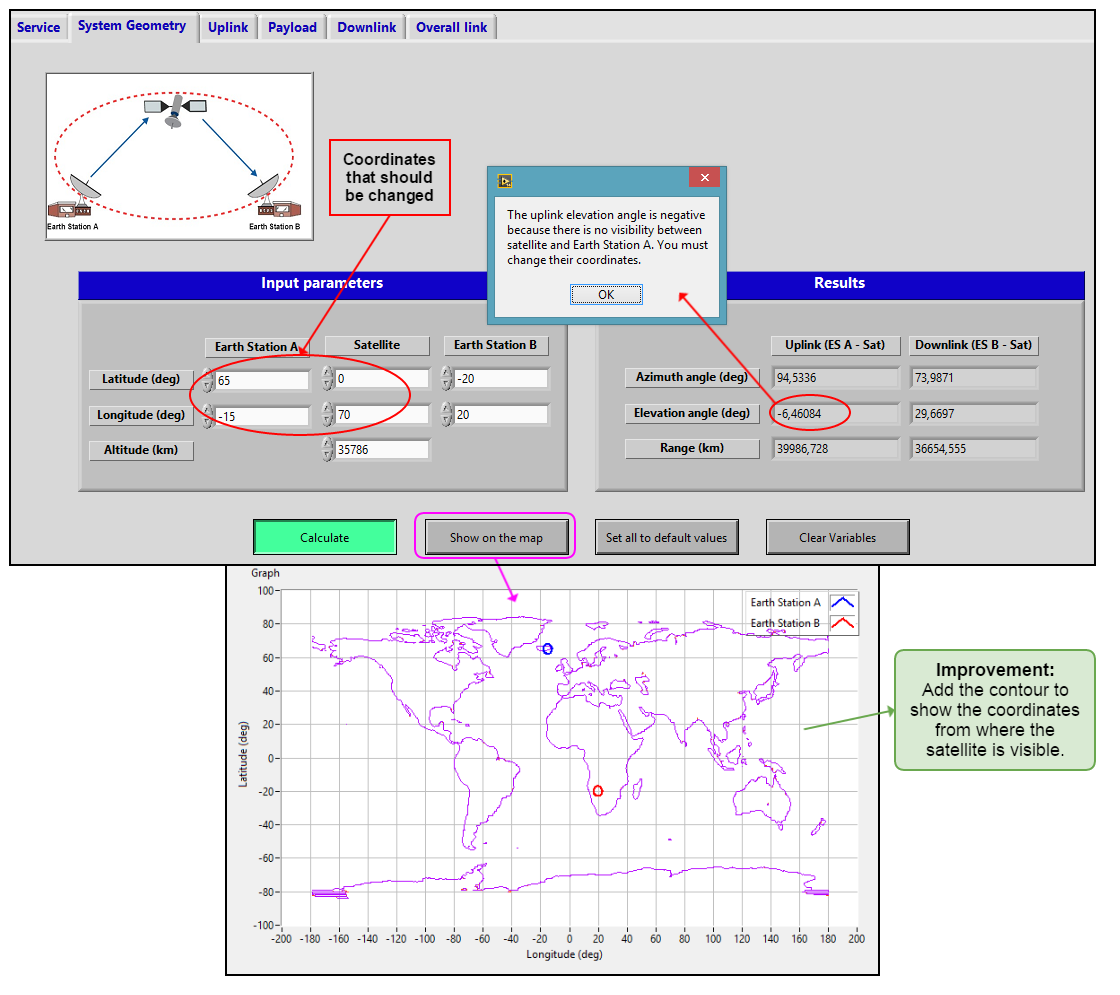 Figure 1: Improvement of the map in System Geometry.

Another possible improvement is to increase the possible values of $BER$, the corresponding $\frac{Eb}{No}$ and code gains. Currently, the possible values of modulation that are implemented are based in a table of the situation of Quasi-error-Free. This table is shown in the figure below, obtained from the "Satellite Communication System" book (page 156) [1]. Quasi-error-free (QEF) means that we will have less than one uncorrected error event per hour, for this table this situations correspond to a PER (Packet error ratio - relative to the symbols) about $10^{-7}$ . 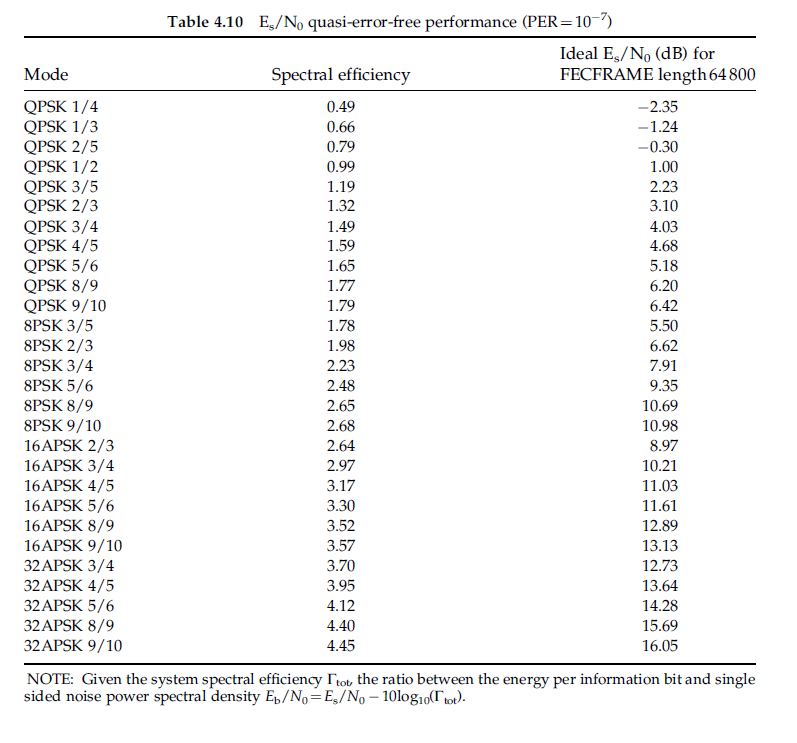 We would like to add others situations, for instance the case without FEC, that is when code rate = 1. We had already started this implementation. In the first steps we have implemented (for QPSK, BPSK, 8PSK, 16PSK and 32PSK) the graphic of $BER$ vs $\frac{Eb}{No}$. One possible option would be to take the value of $\frac{Eb}{No}$ from a user input of $BER$, and then perform the calculations. This implementations in labview can be seen below. 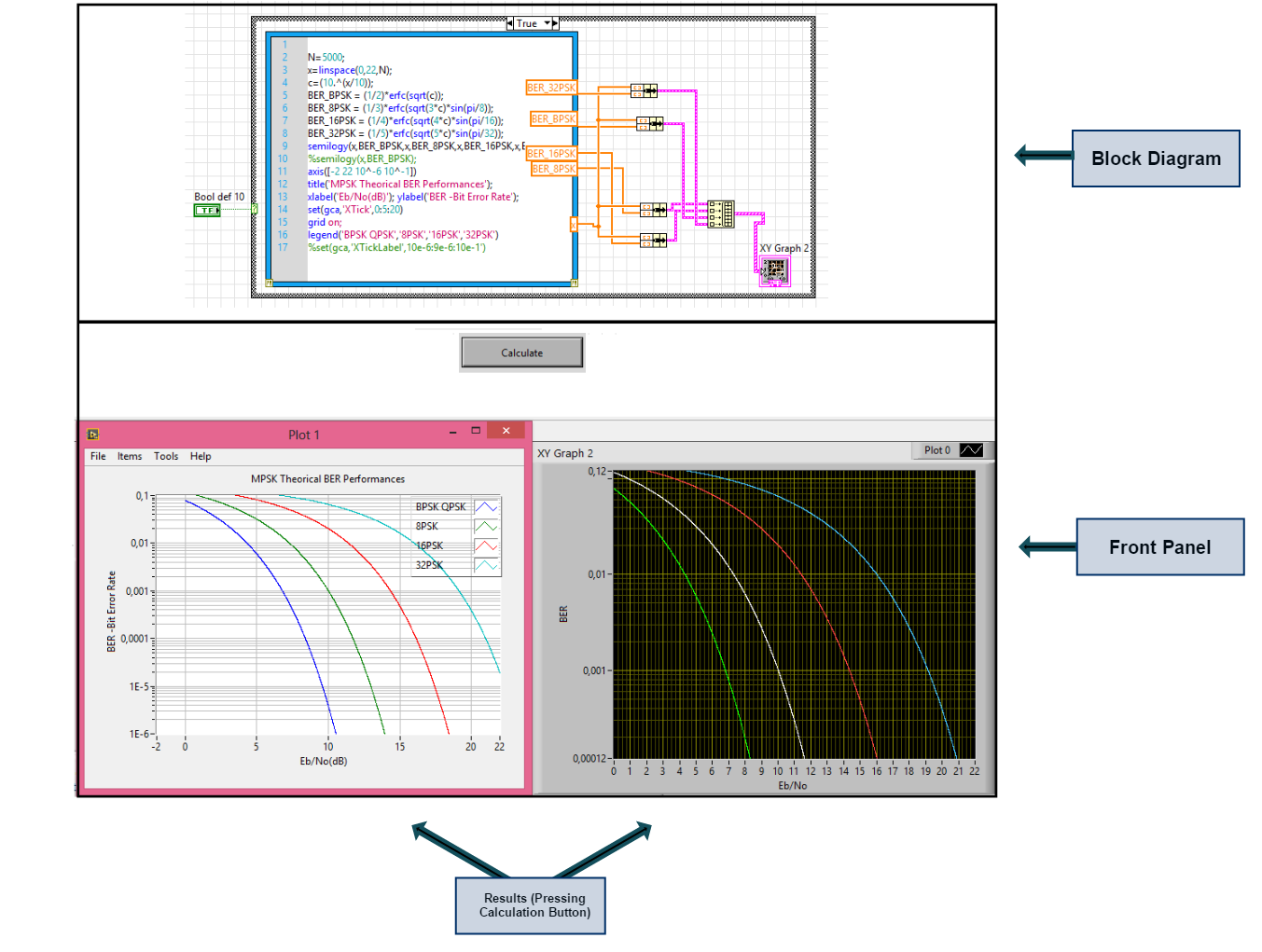 Note: To take the $\frac{Eb}{No}$ value from a $BER$ input you can explore matlab functions like solve(x,y).

In downlink we have as an input the $Tsky$ which can be assimilated as the brightness temperature for a given antenna angle of elevation and a given downlink frequency. As we have done with the $ho$ value, which is take automatically by the input position of the earth stations, in further improvements we can also help the user and automated the process to take $Tsky$ values using the following graphics. Probably this graphics can be obtained in ITU site [2] or EUTELSAT site [3] in versions which we can manipulate with MATLAB. Then, the tool can be programmed to take directly the input values, hence the user will have an approximation nearer to the real implementation. In figure 4 it can be seen the graphics that can be used for the further improvements mentioned.

<div style="margin-left: auto; margin-right: auto; width: 70em"> Figure 4 - In the left side The ESA/EUTELSAT model of the earth’s brightness temperature at Ku band - From [FEN-95]., in the right side brightness temperature in function of frequency and elevation angle(7:5 g=cm3 humidity at ground level) - From CCIR Rep 720–2. </div>

We have developed the firsts steps to calculate the total depointing angle. They consist in the angles of satellite-earth station geometry angles ($\alpha $, $\alpha$*, $\beta$, $\beta$*) and the true view angles($\theta$, $\varphi$). In the matlab code applied in this step we also have more useful information like the distance of the satellite to the Earth location $R$ values. One further improvement is to finalize this implementation to perform the total depointing, and then the minimum antenna diameter of receiving Earth Station (ES B in Satlinktool). The pre-defined window for this implementation is the Depointing 2, located in Payload -> Antenna. This window is showed in figure 5, here below: 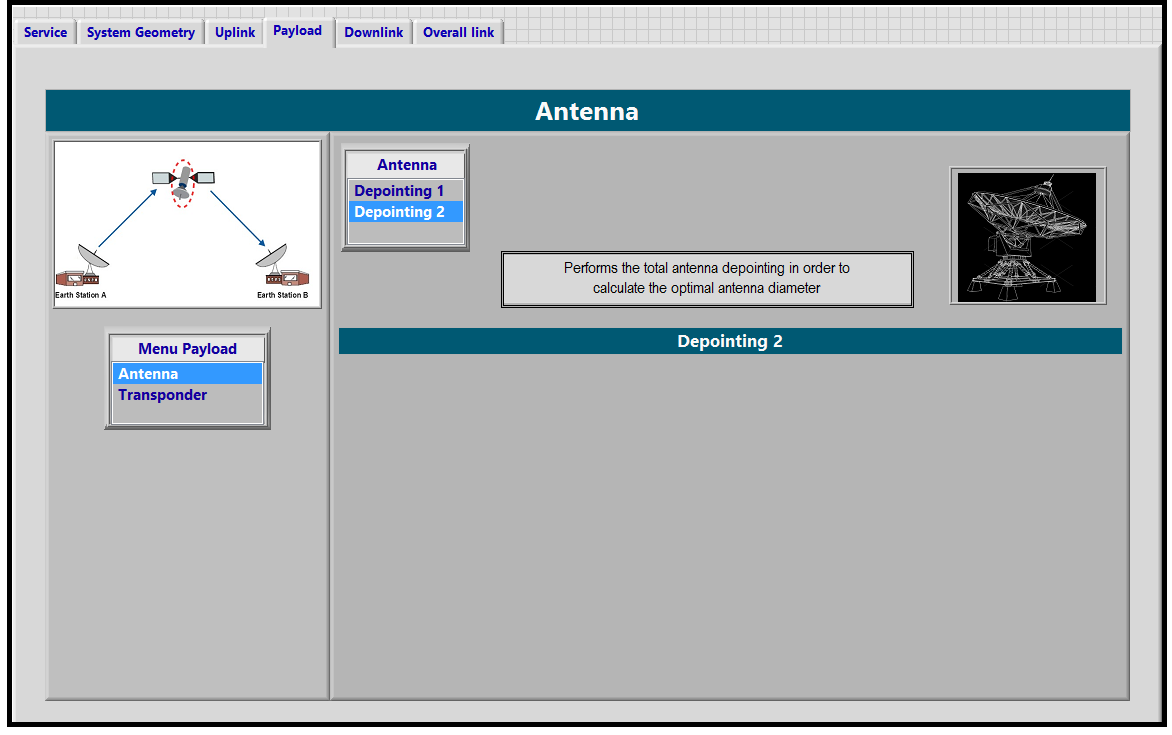